Kira Noir and Demi Sutra, two close friends, step out onto a balcony with glasses to ring in the New Year together. Standing side-by-side and gazing out, they reflect upon what they want their New Year’s resolutions to be. Demi almost instantly insists that she’s going to try and be more honest. Kira gushes that that’s a good one and that she’ll do that, too! So where should they start? The two friends get some light things off their chest in the spirit of being honest. They both aren’t fond of a certain coworker at work, Demi hates her new shoes… Kira can’t believe Demi hates the new shoes. They look amazing on her — Demi looks great! Demi is flustered, insisting that she’s really glad that Kira thinks so. There is chemistry between the women as they exchange sultry looks, though they both seem hesitant to make the first move. Then Kira’s eyes fall on Demi’s full lips. She admits, since they’re being honest, that she wants to know how Demi makes her lips look so perfect. Demi takes Kira by the hand with a smile and says she has a few lip glosses with her. She’s happy to show her how to do the makeup! Demi leads Showcase Kira Noir inside and they both get comfortable on the couch. Demi digs her lip glosses from her purse, giving Kira some pointers for getting the perfect, natural look. She doesn’t think Kira has much to worry about because her lips are beautiful — she’s gorgeous! Now it’s Kira’s turn to be flustered as she accepts the compliments, then leans forward with her lips parted as Demi begins applying lip gloss to them. As Demi carefully works on Kira’s lips, the heat between them builds. They can’t help but to flirt with one another, entranced by each other’s beauty. As Demi gets caught up in the moment, she admits that she’s kind of always wanted to kiss Kira, even though they’re friends 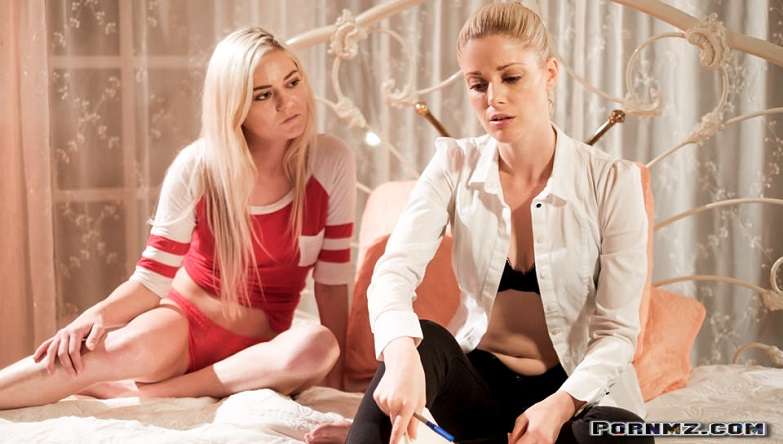