The scene opens with Donnie Rock in a massage parlor. He looks around the massage parlor, his eyes falling on an inflatable mattress, which is new for him so he’s curious. When the sexy masseuse, Bridgette B, enters the room, she seems to recognize him as she tries to hide her surprise, even anger. Her initial reaction makes Donnie anxious as he greets her and asks if something is wrong. Bridgette quickly recovers, giving a fake smile as she approaches. She assures him that nothing is wrong. If he’s there for a massage, he can follow her now to get started with a shower. It’s clear from Bridgette’s on edge mannerisms that Donnie is someone who has wronged her in the past, even if he doesn’t seem aware of it. Throughout their shower, she’s rougher with him as a means of punishment, though this backfires since Donnie seems to only be turned on instead. This is NOT turning out the way Bridgette wants at all! Finally, through a series of questions, she leads Donnie to realizing who she is: a girl he used to bully back in high school. The moment Donnie remembers her, he’s instantly ashamed. It was so long ago! Even so, Remember Me Latina Milf Bridgette B doesn’t let him get off easy since he broke her heart back then. She teases his cock a little, edging him, but leaves him hanging when she announces that the shower’s done. It’s now time for the NURU massage. As Bridgette massages Donnie on the inflatable mattress, slipping and sliding all over him, she still manhandles him. However, the tune soon changes the more Donnie talks, revealing that he really has matured and is no longer a bully. He’s remorseful and wishes there’s something he can do to make it up to her. 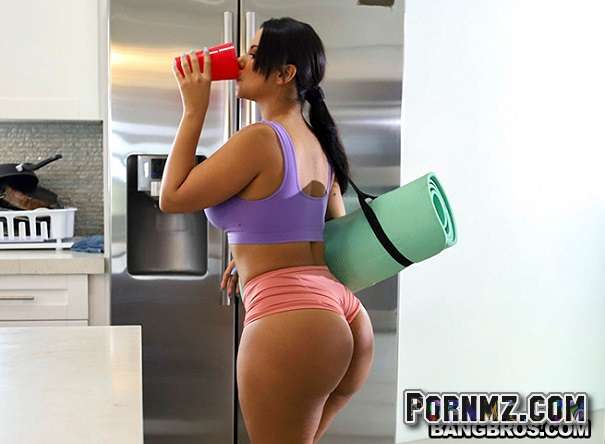