Aria Haze is a scrumptious hottie in her tiny bra bikini that hugs her slim ass. This super skinny treat has the most delectable big nipples you’ve ever seen, and she can’t wait to take off her bathing suit and show them off. When she seats herself at the edge of the pool and grabs a big dildo to lick and suck, it’s only a matter of time before she slides it all the way into her tight fuck hole. Later, Aria is working on her yoga routine with Robby Echo. Robby can’t keep his lips off this tight little coed’s mouth and body, and Aria is more than open to his advances. When she leans forward so Robby can admire her downward dog pose, he takes the opportunity to slide Aria’s shorts aside and slide his fingers into her pussy. Within just another minute, Aria has her lips wrapped around Robby’s stiffie so she can enjoy blowing the real deal instead of her toy. Robby returns the favor of a deep throat BJ by burying his face in Aria’s pussy, then slamming his cock inside as she continues to work on her yoga poses. When Aria climbs into Robby’s lap to ride his hardon, he captures her lips in another deep kiss as he gradually rises to his feet with his pocket sized stunner in his arms. Their standing fuck eventually gives way to Robby finishing Aria off as she lays on a blanket outside. Only once Aria is fully satisfied does Robby take his own pleasure. 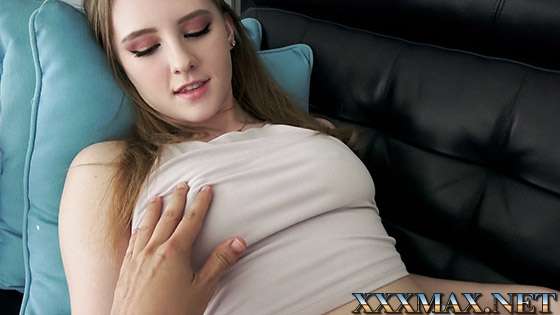