At first, it was just a normal morning for Bruce – enjoying a cup of coffee and catching up with social media as his girlfriend was just out the door for work. Then his girlfriend’s sister, Aubree Ice, strolls into the kitchen wearing nothing but panties and a shirt. Bruce tells her that its inappropriate but she snaps back at him stating she heard him and her sister loud and clear, fucking last night. Moments later, Aubree sends Bruce nude pictures of herself so he goes to her room inquiring why she would send him the pics. Being young and all, plus not having much experience, Aubree explains she wants to feel that hardcore pussy pounding Bruce gives her sister. As long as she keeps her mouth shut, he happy to fill up Aubree’s 18-year-old pussy. 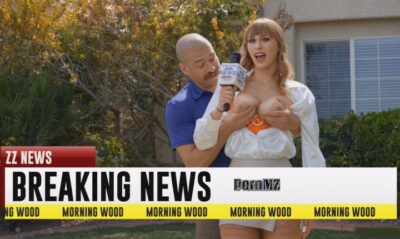